Amazing Facts about the Red Sea 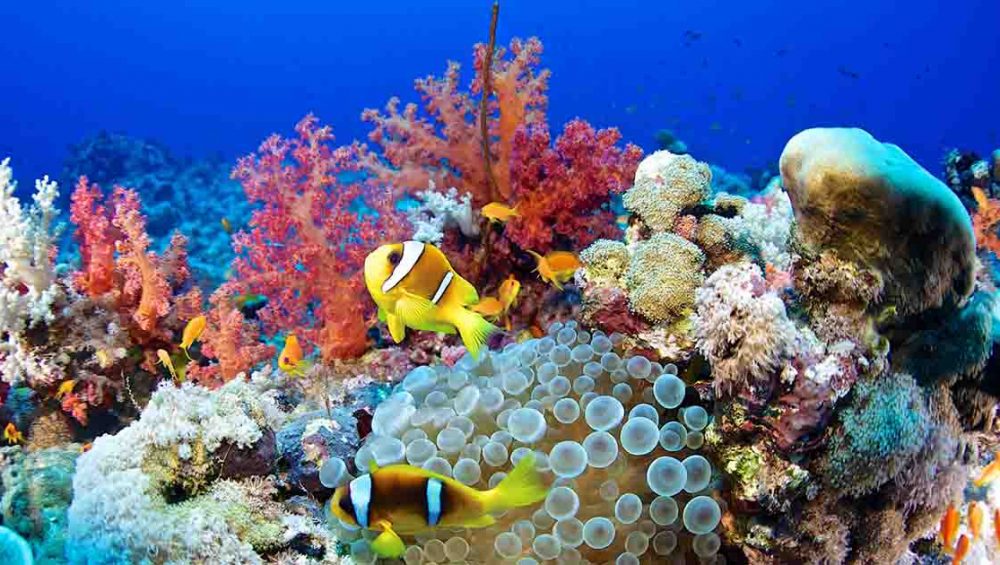 The Red Sea attracts every year hundreds of thousands of tourists, entertaining all tastes. If you want – sunbathe, swim, snorkel, scuba dive and explore the depths of the sea, go out on a yacht into the open sea or learn to stand on a surfboard. And the Red Sea can also surprise you with interesting facts.

The birth of the sea

The Red Sea is the youngest. It began to form only about 25 million years ago in the crack of the East African Rift. Under the action of centrifugal force due to the rotation of the Earth, the African continental plate separated from the Arabian one, and a gap formed between them, which is gradually filled with seawater. Scientists are confident that over time, East Africa will separate from the continent, and the waters of the Red Sea will unite with the Mediterranean.

Now the Red Sea is located between Africa and the Arabian Peninsula. Its length is 2250 km, its maximum width is 335 km, and its depth reaches 2211 meters. It is considered the inland sea of ​​the Indian Ocean and the northernmost tropical sea on earth.

In Greek, the sea is called Eritra Thalassa, in Latin – Mare Rubrum, in Arabic – “El-Bahr El-Ahmar”.

The Red Sea is not red at all in color, the question arises: where did the name come from? There are three versions. The first says that the ancient peoples distinguished parts of the world by color. Thus, the north was black, the east was blue, the west was white, and the south was red. The sea was in the south, which means it was “red”, and the sea that was in the north was “black”.

The second version – when the Arabs deciphered the ancient inscriptions of the Semitic people of the Himyarites, the word of three letters “x”, “m”, “r”, which meant the sea, was read as the Arabic “Ahmar”, which means red.

And the third indicates that the sea got its name because of its color. It turns red during the Trichodesmium Erythraeum algae bloom. During this period, the water acquires a reddish-brown hue.

The Red Sea is the saltiest of all seas. We do not take the Dead into account, because, as we know, this is a lake. Here, there are 41 to 60 g of salt per liter of water. The reason is that not a single freshwater river flows into the sea, there is no precipitation and constant evaporation of the sea.

The waters of the Red Sea change completely in 15 years, as it is replenished by the Gulf of Aden, which receives more water through the Strait of Bab el-Mandeb than is washed out of it.

Coral Reefs in the Red Sea

Due to the tropical desert climate on the coast of the sea, the water temperature does not drop below + 20 ° С in winter, and in summer it warms up to 27 ° С. Another special Red Sea – not cold, but warm layers of water rise from its bottom.

Interestingly, the warmth of the sea attracts not only tourists but also contributes to the formation of a luxurious coral reef. It should be noted that this is the youngest reef, it is 6-7 thousand years old and 177 different species of coral were found in it. And dense coral thickets have created all the conditions for the habitation of fish, some of them are found only in the Red Sea.

The richness of the underwater world of the sea is amazing. Sometimes it is enough to take a mask, put your head in the water, and you are in the world of Captain Nemo. Colorful corals, sea urchins, all kinds of shapes and colors of fish carry away, and sometimes, at such moments, you forget about time, dissolve in the depths of the sea. Life in this world is in full swing both day and night.

Despite scientific developments, only 60% of the underwater world of the sea has been studied. So far, science knows almost 1,500 invertebrates and the same number of fish species. It is this wealth and diversity that attracts photographers, scientists, and divers from all over the world.

Interestingly, 30% of all creatures living in the sea cannot move from one end to the other. That is, fish that live in the southern part of the sea do not live in the northern and vice versa.

The Red Sea is as beautiful as it is dangerous. Tourists are warned not to feed the fish – some die because of this, others begin to take tourists for food and bite them. Do not touch jellyfish, corals, or touch sea urchins. Injections, bites of marine life lead, at best, to burns, at worst – to death. You cannot swim at night, because it is at this time of the day that the most dangerous species of fish are activated.

Interestingly, there are 25 islands in the Red Sea, among which the most famous for diving are the islands of Dahlak Kebir, Giftun, Brothers, Zabargad and Rocky, and, of course, Tiran Island.

Not far from the Dahlak archipelago, pearls have been mined from the time of the Romans to the present day. And the island of Elephantine, the largest tourist attraction in Egypt, is the natural border between Egypt and Nubia.

Shipwreck in The Red Sea

After the opening of the Suez Canal in 1869, a popular international trade route began to pass through the Red Sea. He attracted merchants from all over the world.

Since the end of the 19th century, 47 known shipwrecks have occurred in the Red Sea, of which 17 are large. Among them is the Thistlegorm, which sank on December 16, 1991. It is the most famous shipwreck in the world after the Titanic and the Salem Express.

The Sea has its own Bermuda Triangle – the Abu Nukhas reef. Here, at a depth of no more than 30 m, there are four ships. The first victim of the reef was the British sailing ship Carnatic, the second was the German cargo ship Kimon M, and the third was the Greek ship Chrisoula K. The last victim of the reef was the Japanese timber carrier Giannis D. Each wreck is now of great interest to divers.