Top Resorts to visit near Hurghada

Hurghada is full of resorts and Beaches Resorts, in this blog post we are sharing some amazing resorts near to hurghada to travel.

Sahl Hasheesh is a bay located on the Red Sea coast of Egypt, across from Sharm El Sheik, approximately 18 km south of Hurghada International Airport. The Sahl Hasheesh Bay is home to a number of islands and coral reefs with diving and snorkeling. its beutiful place you can visit un hurghada. 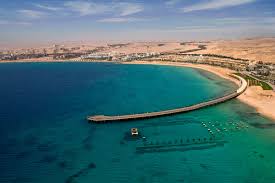 El Qoseir is a city in eastern Egypt, located on the Red Sea coast. Populated for approximately 5,000 years, its ancient name was Leucus Limen. El Qoseir is located 138 kilometers south of Hurghada, 139 km north of Marsa Alam and 73 km north of the Marsa Alam International Airport. 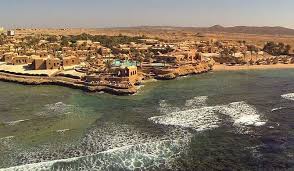 Makadi Bay is a resort town in Egypt. It is located about 30 kilometers south of Hurghada on the Red Sea. 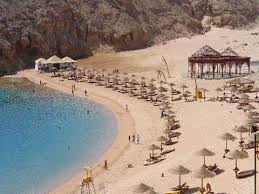 Soma Bay is a coastal resort on the Red Sea in Egypt, 45 km south of Hurghada International Airport. The ten million m², self-contained community of Soma Bay is a peninsula surrounded on all sides by the sea. About 5 km in length and 2 km wide, the peninsula is accessed via a 7 km private road through a single controlled entry gate.

El Gouna is a modern resort town on Egypt’s Red Sea, near Hurghada. It’s built along the shore and on small islands, and is known for its lagoons, coral reefs and sandy beaches. Among these is long, wide Mangroovy Beach, popular with kitesurfers. Lively Abu Tig Marina is lined with restaurants and bars. In the downtown area, Tamr Henna Square has palm trees, shops and cafes with outside seating. 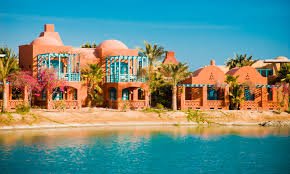 Its near to Hurghada, Red Sea Governorate, Egypt a nice place to visit if you are in Hurghada. 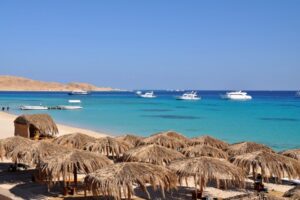 Above six resorts are famous in hurghada for more information you can contact Egyptra.com

Facts about Hurghada You Should Know

Hurghada is a great place to travel you all will get something for you. If you like to spend some time in place where you can enjoy with your family and experience something new then Egypt is the best place to travel. In this blog we are sharing facts about Hughada and its History

When Hurghada was founded?

The city was founded in the early 20th century, and until a few years ago it was a small fishing village. But after few years its evolved as the favorite travel destination for many travellers from the world.

Daily temperature hovers round 30 °C (86 °F) most of the year, during July and August temperatures reach over 40 °C (104 °F). So its not hot like any desert place. Yu can easily manage this temprecture and enjoy yor holidays.

How Hughada is divided into?

Hurghada counts 248,000 inhabitants and is divided into:
• El Ahia and El Helal, the northern part;
• El Dahar (Downtown) is the old part;
• Sekalla is the city center;
• El Kawsar is the modern part;
• El Memsha (Village road) is pedestrian road stretching over 4 km.

Hughada was the village, which later evolved into what is now the city of Hurghada, was settled in 1905. Oil was discovered in the area in 1913, but actual production and export only began in 1921 under British oil magnates.

Total 288,233 inhabitants live in hurghada and 20,000 Russians in Hurghada Egypt’s largest Russian population, though only about 3,000 were officially documented.

Famous Resorts near Hurghada
El Qoseir, Makadi Bay, Sharm El Naga, Soma Bay, El Gouna and El Mahmya are some famous places in hurghada where you can enjoy with your family.

Hurgahda is famous for Travel and Enjoyment. The nightlife of Hurghada is best in the world.

Egypt is a great place to travel you all will get something for you. The places like Islamic Cairo and Abu Simbel are the best places who want to visit some holly lands. We all know that Egypt is the place which carries history and it’s the symbol of many ancients’ monuments. If you like to spend some time in place where you can enjoy with your family and experience something new then Egypt is the best place to travel. In this blog we are sharing top 10 famous destinations where you can enjoy in Egypt. 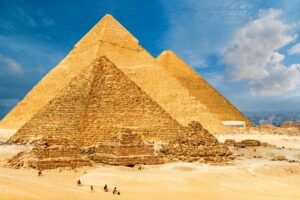 The Egyptian pyramids are ancient pyramid-shaped masonry structures located in Egypt. As of November 2008, sources cite either 118 or 138 as the number of identified Egyptian pyramids. Most were built as tombs for the country’s pharaohs and their consorts during the Old and Middle Kingdom periods. Wikipedia

2 Luxor’s Karnak Temple and the Valley of the Kings 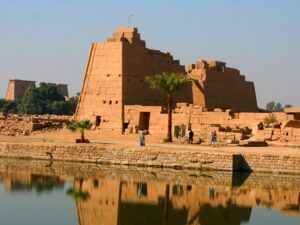 The Karnak Temple Complex, commonly known as Karnak, comprises a vast mix of decayed temples, chapels, pylons, and other buildings in Egypt. Wikipedia

Islamic Cairo is a part of central Cairo around the old walled city and around the Citadel of Cairo which is characterized by hundreds of mosques, tombs, madrasas, mansions, caravanserais, and fortifications dating from the Islamic era. Wikipedia 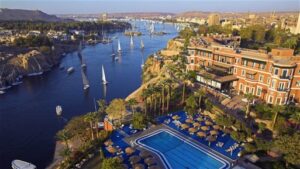 Aswan, a city on the Nile River, has been southern Egypt’s strategic and commercial gateway since antiquity. It contains significant archaeological sites like the Philae temple complex, on Agilkia Island near the landmark Aswan Dam. Philae’s ruins include the columned Temple of Isis, dating to the 4th century B.C. Downriver, Elephantine Island holds the Temple of Khnum, from the Third Dynasty. 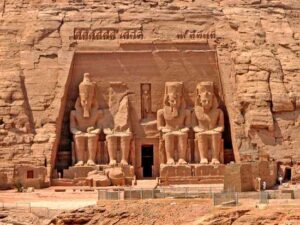 The Abu Simbel temples are two massive rock temples at Abu Simbel, a village in Nubia, southern Egypt, near the border with Sudan. They are situated on the western bank of Lake Nasser, about 230 km southwest of Aswan. Wikipedia 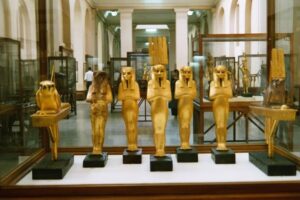 The Museum of Egyptian Antiquities, known commonly as the Egyptian Museum or Museum of Cairo, in Cairo, Egypt, is home to an extensive collection of ancient Egyptian antiquities. It has 120,000 items, with a representative amount on display, the remainder in storerooms. The edifice is one of the largest museums in the region. As of July 2017, the museum is open to the public. 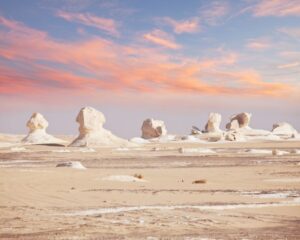 The White Desert begins about 28 miles north of Farafra. It is truly white, in clear contrast with the yellow desert elsewhere. The rock formations of the desert are often quite dramatic, you should not miss out on the weird rock balancing, on top of a white pillar.Many of the organized trips here include overnight stay out in the desert. At night, it gets a character reminding of an Arctic landscape. 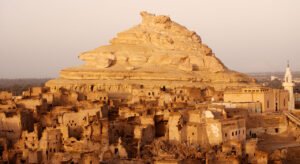 The Siwa Oasis is an urban oasis in Egypt between the Qattara Depression and the Great Sand Sea in the Western Desert, nearly 50 km east of the Libyan border, and 560 km from Cairo. Wikipedia 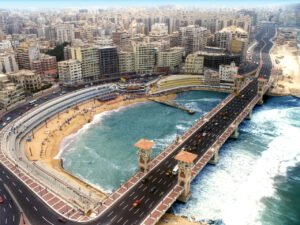 Alexandria is a Mediterranean port city in Egypt. During the Hellenistic period, it was home to a lighthouse ranking among the Seven Wonders of the Ancient World as well as a storied library. Today the library is reincarnated in the disc-shaped, ultramodern Bibliotheca Alexandrina. The city also has Greco-Roman landmarks, old-world cafes and sandy beaches. Its 15th-century seafront Qaitbay Citadel is now a museum.

Saint Catherine’s Monastery, officially “Sacred Monastery of the God-Trodden Mount Sinai”, lies on the Sinai Peninsula, at the mouth of a gorge at the foot of Mount Sinai, near the town of Saint Catherine, Egypt.Wikipedia