The Best Things to Do in Luxor 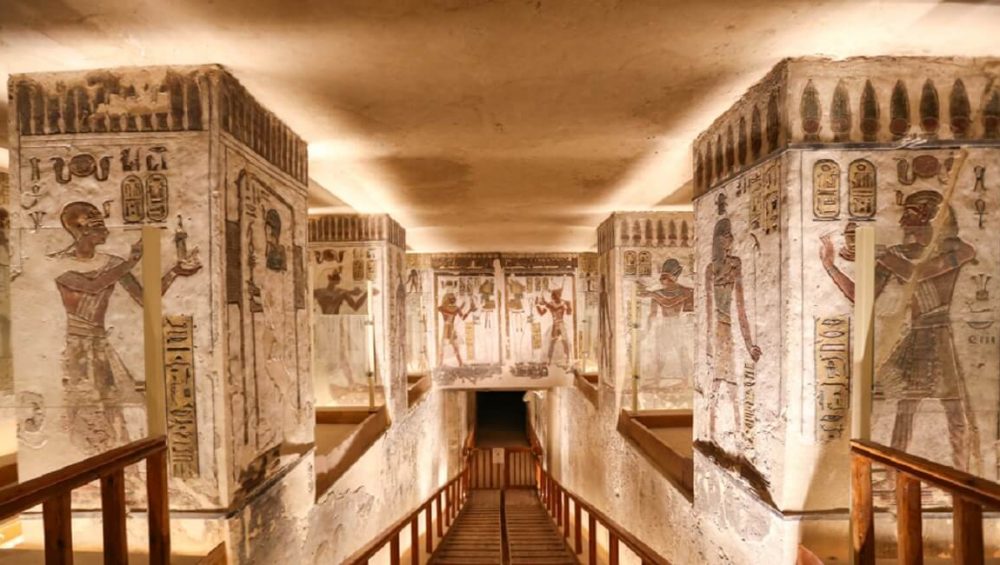 Luxor is one of the greatest travel places in Southern Egypt. So Luxor means palaces and Where you can find temples, royal tombs, and river scenery. Luxor is the greatest visiting point for those who have an interest in history and architecture. Where you can find various museums in Luxor and it is also often known as the World’s greatest open-air Museum. The tourism industry is flourishing in Luxor. Here we cover a list of things to do in Luxor, on your visit to this place.

Luxor was the most ancient city of Thebes. According to history, Thebes was the capital of Egypt From 1570 to 1069 BCE. It became an important point of worship of the god Amun. In the past Luxor was the largest city in the world with a population of 80,000 plus.

The Nile River divides Luxor into two parts: the East Bank and the West Bank. The East Bank of Luxor is located in Luxor town. Most of the  Egyptians live and work in Luxor that’s why you will find the majority of hotels and restaurants here.

There are just a few historical points to visit on this side of the river. But Karnak Temple and Luxor Temple are the most spectacular points to visit in Egypt. The West Bank of Luxor side is where the ancient Egyptians buried the dead.

Every night, the sun sets on the West Bank, so this became the necropolis. Most of the area is filled with tombs, mortuary temples, historical ancient and also including the famous Valley of the Kings.

Things To Do In Luxor

The City of Luxor is famous all over the world for its museums and temples. You will find yourself around various tombs, iconic temple complexes, and Egyptian Sandstones in Luxor.

The Temple of Karnak is one of the famous religious buildings all over the world. It is a wonderful place and leaves a person in surprise. It was built Two hundred years ago. Exploring and discovering ancient Egypt is one of the best hobbies to do in Luxor. The sacred lake is also found in it. You can also find about all the rulers that ruled there once and know a lot about ancient Egypt.

Luxor temple looks and seems like a smaller version of Karnak temple, despite the fact that this temple served an exceptional motive than many discovered in and around Luxor. This temple isn’t devoted to at least one precise god or pharaoh. Instead, it could be in which among the kings of ancient Egypt have been crowned. This temple was built in 1400 BC, through  Amenhotep III and Ramesses II.

Valley of the Kings

The cemetery behind the west bank of the blixar is the last resting place of the 18th, 19th, and 20th dynasties of kings. Included in intricately detailed, colorful wall-art work, the tombs are normally each traveler’s number-one prevent on a west financial institution visit.

Since it becomes believed that the dead, observed by using the sun god (or possibly having end up one with the solar god) sailed through the underworld at night in a boat, the walls of the tombs were embellished with texts and scenes depicting this voyage and giving the dead education on its path. Inside the valley are sixty-three tombs, that are a roll-call of famous names of Egyptian records, which include the famous boy-king Tutankhamun.

Early birds willing to roll out of bed at the same time as it’s still darkish are rewarded with a chicken’s-eye view of the West Bank on a dawn hot-air balloon trip. Balloon rides here take off just after dawn and waft over the West Bank, with its green farming fields tucked among the barren escarpments, viewing the area’s temples and tomb.

Flight time is generally around forty-five minutes, although anticipate the recent-air balloon tour enjoys to take around 3 hours from pick up at your hotel to being dropped returned there. There is a diffusion of operators in the town. Balloon organization excursions usually use large baskets taking around 24 passengers plus the pilot.

If you’ve had your fill of temples and tombs for the day, there is no higher manner to relax in Luxor than to take a felucca trip to the banana island. Sailing the five kilometers upriver from Luxor to this tiny palm-shaded island is an appropriate chilled-out evaluation of a dusty day exploring the pharaonic treasures of the west and east bank.

You may don’t have any problems chartering a felucca. Boat captains tout for clients all alongside the Nile-side corniche avenue in downtown Luxor. Boat rides are generally charged with the aid of the hour. Felucca rides are all about genuinely sitting again to look at the Nile-aspect views as the boat captain increases the sail and you slide up the river. If you sail returned just on sundown, you’ll get to peer the river at its maximum majestic.