10 facts about ancient Egypt which you don’t know 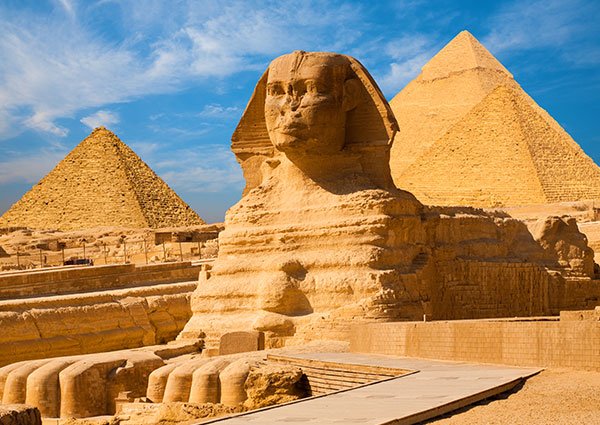 Egypt means History? Yes but when we remember about Egypt is all history. The ancient Egypt was one of the most advanced civilization for almost 3000 years. Egyptians were the best builders. They built the majestic pyramids that set as a remarkable landmark till now. World civilization starts from Egypt. Here are few facts about Egypt which you can recall again.

The makeup concept starts in Egypt and the workd accept it. The history of makeup in Egypt demonstrates just how long cosmetics have been around. If you’ve ever seen Egyptian art, you’ve no doubt noticed the dramatic eye makeup present on men and women.

The Great Pyramids of Giza:

Are the famous pyramid of the world. The Great Pyramid of Giza is the oldest and largest of the three pyramids in the Giza pyramid complex bordering what is now El Giza, Egypt. It is the oldest of the Seven Wonders of the Ancient World, and the only one to remain largely intact.

Tutankhamun and the cursed tomb:

The curse of the pharaohs is an alleged curse believed by some to be cast upon any person who disturbs the mummy of an Ancient Egyptian person, especially a pharaoh. This curse, which does not differentiate between thieves and archaeologists, allegedly can cause bad luck, illness or death.

Queen of Egypt, and perhaps Egypt’s greatest Queen despite not having an ounce of Egyptian blood in her.  Cleopatra VII Philopator was the last active ruler of the Ptolemaic Kingdom of Egypt, nominally survived as pharaoh by her son Caesarion. She was also a diplomat, naval commander, polyglot, and medical author.

Egyptian hieroglyphs were the formal writing system used in Ancient Egypt. It combined logographic, syllabic and alphabetic elements, with a total of some 1,000 distinct characters.Cursive hieroglyphs were used for religious literature on papyrus and wood.

Demons were more powerful than human beings but not as powerful as gods. They were usually immortal, could be in more than one place at a time, and could affect the world as well as people in supernatural ways. But there were certain limits to their powers and they were neither all-powerful nor all knowing.  Most Egyptian gods represented one principle aspect of the world: Ra was the sun god, for example, and Nut was goddess of the sky. The characters of the gods were not clearly defined. Most were generally benevolent but their favor could not be counted on. Some gods were spiteful and had to be placated. Some, such as Neith, Sekhmet, and Mut, had changeable characters. The god Seth, who murdered his brother Osiris, embodied the malevolent and disordered aspects of the world.

To the ancient Egyptians, the Land of Two Fields was a real place. It was a heavenly place. It was the place you went after you died. One of the reasons the god Osiris was so honored in ancient Egypt is because it was Osiris who opened the door to the afterlife for everyone.

To know more about Egypt please visit Egypt and Travel with Egyptra only.